“Siddhi hates Shiva” mysterious posters were spotted across the cities and immediately grabbed the attention of people. These posters were seen on billboards, busses, metro pillars of Kanpur, Delhi, Mumbai, Lucknow, and other metro cities.

In the week of Valentine, this hatred poster with a heart struck off made people wonder “What does Shiva do?” and it got viral. People tweeted memes and jokes over twitter making the hashtag #siddhihatesshiva trending. Many people shared pictures of posters all over social media.

While everyone is wondering over this girl’s heartbreak, also reminded people of the famous trend of 2016 “Sonam Gupta Bewafa Hai” written over the note of 10 rupees. It was trending over the internet for a long time with the memes. Moreover, a film with the same name will be in the theatres soon. Internet is a strange world, isn’t it?

Just like the Sonam Gupta, no one knows who is Siddhi and Shiva. Moreover, why this girl is so heartbroken.

There is a news that it is an advertisement for the upcoming TV show “Bawara Dil” premiering from February 22 on Colours. Shiva (Aditya Redij) and Siddhi (Kinjal Dhamecha) are the lead characters of the show. I must say, what a great marketing strategy and a successful one creating buzz over the internet. 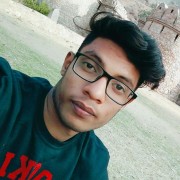 How to Stay Motivated to Workout

How to Use Your Mind to Attract Happiness Feeling depression can be tremendously isolating. One person can read all time inspirational and motivating ...
By Aman Bhagat
February 26, 2021 Delhi’s winters can give chills down the spine and cozy vibes at the same time. ...
By Ridhima Gaba
January 2, 2021 Is Google hacked? Google services including Gmail and YouTube go down in multiple countries.

The server of world’s most famous search engine Google was down! According to Downdetector Youtube, ...
By Aman Bhagat
December 14, 2020